The History of Sapanca 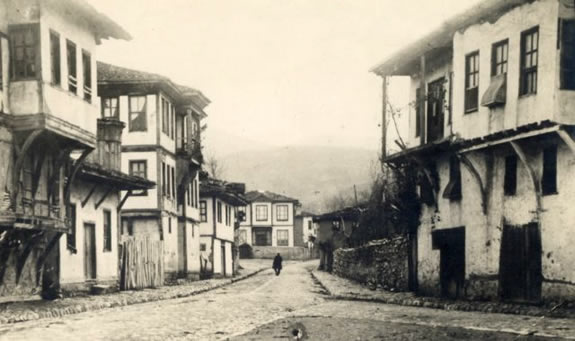 According to known written documents, when Phrygians came to the region in B.C. 1200, Sapanca became a settlement place but its real foundation was in A.D. 378 by Bithynia Kingdom. Siphonensis Lacus name was firstly used in Laz resource in 391 for the first time. In the Eastern Roman Empire period, Buanes, Sofhan and Sofhange names were used.

When Anatolian Seljuks came to Sapanca region, they called it Ayan and Ayanköy. After the Crusades, the region was conquered by the Byzantines. When Evliya Çelebi passed from this region in 1640 on his way to Erzurum, he wrote these lines about  he town: Since when old man from İzmit cleaned the forest and bushes, and plowed, a village called Sabancı Koca (Old Plower) is settled. Then, through time, it developed and became a town in the time of Suleyman the Magneficient. Sarı Rüstem Paşa constructed a khan with 170 rooms in the town. It has a nice mosque, hamam and bazaar. Its imarets are covered by sky lead. There are nearly 1000 houses with tiled roofs. All the imarets are work of Mimar Sinan. Another Mimar Sinan work is Pertev Paşa khan. Since this work is a charity work and belongs to Rüstem Paşa, it is administered by the committee of the foundation. This place had a janissary chief-in-command. Its white cherry is famous.

There is a bakery near the hamam. A dervish used to cook and bless a kind of white bread which is very famous with the name of Sabanca Somun. This bread does not go bad and lose its taste even after 40 days. It is so famous that they took it to the Persian Shah and he also liked it. Some says that it is due to the water that it is so delicious. There is also a village.

In 1837, in the time of Mahmut II, Adapazarı become a city centre. Sapanca became a county of this city. İzmit - Bolu highway used to pass from Sapanca. Kâtip Çelebi, in his Cihannüma book, told about Sapanca part of this road that for one mile, the road passes from the water and when it is rainy season, it reaches the stirrup.

The same description was made by Charles Texir in the first half of the 19th century. For one hour, the vehicle goes on the sand of the lake. In some places, the water reaches the column of the vehicle. The railway that was constructed in 1890 was built by openning a space in that region. When railway was constructed, highway was neglected and became nearly departed.