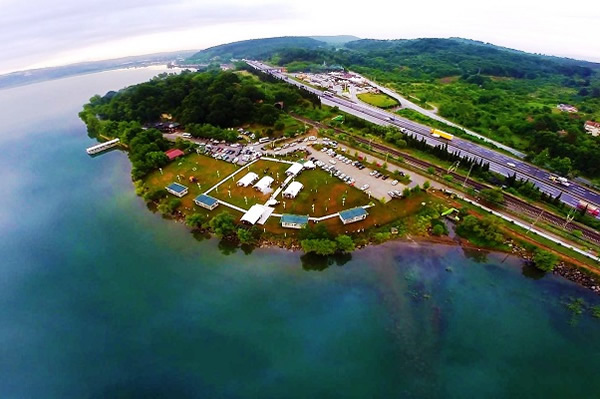 The soils of the county can be divided into two parts: The first part consists of the northern outskirts of the Samanlı Mountains which are the extensions of Köroğlu Mountains in the southern part of Bolu, and the valleys in these outskirts. This part is pretty rugged. The second part is the mountain skirt plain in the northern outskirts of Samanlı Mountains where the city centre is located. This plain consists of the alluviums carried by the rivers flowing from the mountains. .

The most important rivers are İstanbul River, Kurtköy River and Mahmudiye River. Furthermore, the most important river Akçay River connects to the Sakarya River. Northern Anatolia fault line passes from Sapanca Lake. For this reason, the county is first degree earthquake region. However, since the fault line passes from the lake, the county centre and other settlement areas affected from the earthquake less. Because of this reason, the county was mildly impaired from the 17 August 1999.